Have you ever watched the news, read the newspaper, or visited your own Facebook news feed and become discouraged?  Did or do you feel there is no hope for America?  Are you concerned with the state of God’s church?

If so, you are not alone.  I would venture to say that there are many Christians feeling this way and even some who feel America is getting exactly what they deserve for turning their backs on God.  At times I have been one of those who have been waiting for God to “get ’em”.  In those times, thankfully, I am reminded to be grateful that God doesn’t give me what I deserve.

So, what can we do in such a Godless time in America (and even in some churches)?

Yeah, probably not the answer you were looking for, and, yes, I am still here on this topic.  God, just won’t let me let it go, so I know I have work to do in this area.  If you are reading this, maybe you do too.

Prayer often doesn’t seem like enough.  In fact, sometimes it does not even feel like an action.  Now, don’t get me wrong, I am not one of those types that like to pray, pray, pray, and do nothing, nothing, nothing.  But God is cautioning me that before I start doing, I best make sure I’ve exhausted myself and covered myself in prayer first so that I can confidently know what action needs to be taken or not taken.

Today I want to take a look at Daniel 9.  Yes, Daniel 9 includes one of the greatest prophesies in the Old Testament, and Jesus himself referred to the prophesy of Daniel in Matthew 24:15-16.  But it is not the prophesy that I want to discuss here today, but rather “the thing” that brought the prophesy.  Any guesses as to what that “thing” was?

Prayer?  How did you ever guess?

What was so special about Daniel’s prayer in Chapter 9?

How did Daniel do it?  What made Daniel’s prayer so moving?

Bear with me, the scriptures are kind of long, but they are very important.

“O Lord, you are a great and awesome God! You always fulfill your covenant and keep your promises of unfailing love to those who love you and obey your commands. 5 But we have sinned and done wrong. We have rebelled against you and scorned your commands and regulations. 6 We have refused to listen to your servants the prophets, who spoke on your authority to our kings and princes and ancestors and to all the people of the land.

7 “Lord, you are in the right; but as you see, our faces are covered with shame. This is true of all of us, including the people of Judah and Jerusalem and all Israel, scattered near and far, wherever you have driven us because of our disloyalty to you. 8 O Lord, we and our kings, princes, and ancestors are covered with shame because we have sinned against you.9 But the Lord our God is merciful and forgiving, even though we have rebelled against him. 10 We have not obeyed the Lord our God, for we have not followed the instructions he gave us through his servants the prophets.

Now, you need to remember where we are in God’s timeline.  In Daniel 9, Daniel is realizing that the Israelites/Judaean are coming to the end of their 70 years of captivity prophesied by Jeremiah.  God’s chosen people have just spent 70 years in captivity, seemingly been done in and forgotten by God.  However, Daniel, the ever-faithful has held on and endured, holding fast to God’s promise.    The state of Israel and its sins sounds much like the church today.

[Oops…did you catch that?  I said Church not America…hmmm….why would I say that?

Well, just like the Jews were/are God’s chosen people, those who have accepted Christ as their Lord and Savior have now become God’s chosen people.  God’s wrath on Israel and Judah was not directed at the gentiles (those who did not know God) but rather His own people who turned away from Him.  Just something to think about.]

Anyway, three things really stick out to me in this part of Daniel’s prayer:

Daniel 9: 11-19 (NLT):  All Israel has disobeyed your instruction and turned away, refusing to listen to your voice.

“So now the solemn curses and judgments written in the Law of Moses, the servant of God, have been poured down on us because of our sin. 12 You have kept your word and done to us and our rulers exactly as you warned. Never has there been such a disaster as happened in Jerusalem. 13 Every curse written against us in the Law of Moses has come true. Yet we have refused to seek mercy from the Lord our God by turning from our sins and recognizing his truth. 14 Therefore, the Lord has brought upon us the disaster he prepared. The Lord our God was right to do all of these things, for we did not obey him.

15 “O Lord our God, you brought lasting honor to your name by rescuing your people from Egypt in a great display of power. But we have sinned and are full of wickedness. 16 In view of all your faithful mercies, Lord, please turn your furious anger away from your city Jerusalem, your holy mountain. All the neighboring nations mock Jerusalem and your people because of our sins and the sins of our ancestors.

17 “O our God, hear your servant’s prayer! Listen as I plead. For your own sake, Lord, smile again on your desolate sanctuary.

18 “O my God, lean down and listen to me. Open your eyes and see our despair. See how your city—the city that bears your name—lies in ruins. We make this plea, not because we deserve help, but because of your mercy.

19 “O Lord, hear. O Lord, forgive. O Lord, listen and act! For your own sake, do not delay, O my God, for your people and your city bear your name.”

I got four  important “ah-ha’s” from these verses:

More and more each day I see the importance of studying the OT.  There is so much God is trying to tell us and warn us about.  Just like Daniel learned from the great prophets, we too are to know, learn, understand, and prepare.  Israel ignored the prophesies.  Time and time again, God warned them to turn back.  They did not listen.  It is not too late for America.  It is not too late for God’s church.  Let us learn from those who have gone before us and hit our knees like never before.

One of the greatest lines in a song I have ever heard is from Casting Crowns’ Courageous:

The only way we will ever stand is on our knees with lifted hands!

Does it get any more powerful than that?

My name is Missy, and I am an ordinary woman with an extraordinary love for discipleship and obedience to The Word of God. I enjoy sharing spiritual truths that I glean from the Bible, daily devotions, Christian books and articles, or my daily conversations with God. It is my prayer that, together, we learn to apply these spiritual truths in our everyday lives, circumstances, and situations. View all posts by MissyB

Scripture of the Week

14 But each one is tempted when he is drawn away by his own desires and enticed. 15 Then, when desire has conceived, it gives birth to sin; and sin, when it is full-grown, brings forth death.-James 1:14-15 (NKJ) 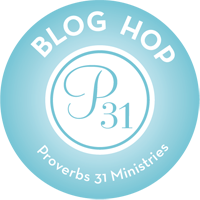